Does creatine cause hair loss?

Our bodies can accomplish numerous feats, and the best way to see the extent of our strength and abilities is by watching sport competitions. Through rigorous training, athletes go to great lengths to rise above the competition.

However, our bodies can only do so much no matter how hard athletes try to push themselves to the limit. That’s why a lot of them resort to performance-enhancing drugs and supplements, and the most well-known is creatine.

This natural substance comes in the form of tablets, powdered drink, and energy bars. They can be taken without any prescription from the doctor, which makes it easily accessible in drugstores as well as online stores.

Unfortunately, several users have reported hair loss while taking this supplement, driving off potential users of creatine who do not want to risk losing their hair in exchange for increased strength. But does creatine actually cause hair loss? If you’re planning to take creatine daily, keep reading and find out how safe this is and if it’s really the cause behind a balding head.

Creatine is an amino acid found in the muscles. Our body naturally produces this substance and converts it to phosphocreatine that helps increase muscle mass and strength. Creatine production can be enhanced by eating red meat and seafood, but a concentrated amount can be gained orally through supplements.

Doctors have also recommended creatine for those suffering from certain brain disorders associated with dysfunctional energy metabolism such as Parkinson’s Disease.

Side effects of creatine

Creatine is generally safe to consume at appropriate doses, but it does come with several side effects such as the following:

Creatine may also have adverse effects when used with other substances such as caffeine, so be conscious of your caffeine intake especially if you have Parkinson’s disease. Avoid creatine if you have an underlying kidney disease.

As you may notice, hair loss is not included as a side effect of creatine. Trustworthy sources for dietary supplement research do not consider creatine as a direct cause of hair loss. The only scientific study that may link the connection between the two is a study made in 2009 published in the Clinical Journal Sports Medicine.

The study involved the participation of twenty rugby players who took 25 grams of creatine a day in the span of 3 weeks. The results revealed that creatine may boost the conversion of testosterone into dihydrotestosterone (DHT), a hormone believed to be a cause for male pattern baldness.

On the other hand, there was no proof that creatine directly causes hair loss. It’s also worth noting that the participants took five times more than the daily recommended dosage of 5 grams. There was no specific mention of hair loss, and the study involved only a few participants within a limited time frame.

Creatine may boost the production of DHT, but it’s not yet proven that it’s a direct cause of hair loss. While several people claim that creatine led to baldness, there are a lot more claiming that they never experienced hair loss at all. Overall, creatine is a safe dietary supplement that can increase muscle growth and strength. As long as you stick to the recommended daily dosage, there’s not much to worry about. 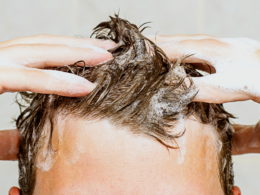 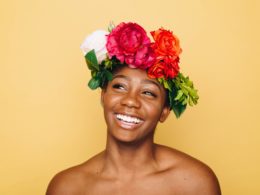 Glycolic Acid vs. Salicylic Acid – When and How to Use Them Right?

This glycolic acid vs. salicylic acid comparison proves that there are notable differences between these two very effective chemical exfoliators.
byJennifer Hall 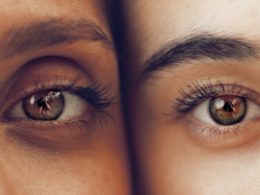 CeraVe vs Cetaphil: What’s the Difference?

The goliaths of skincare treatment, “CeraVe vs Cetaphil: What’s the Difference?” is a common debate. Time to dig deeper and choose between the two...
byTamara Williams 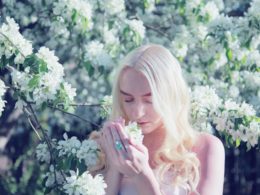 How does a bald head look attractive? When there’s no dryness, dandruff, and an itchy scalp. And for that, there’s the best moisturizer for bald head.
byCam Davis